The first photo answers the question, "how much does raw denim stretch?” The measurements note the growth (green) or shrinkage (red) from the time the jeans were new and unworn, until the time they were worn for several months, yet still unwashed raw denim jeans. The jeans to the left are the same style and size as the worn jeans but taken from a later production. Noted changes; the waistband print from the newer production has been moved inward and the inseam increased 1”. All other details are the same. Inseam changes noted assuming the newer jeans have a 1” longer inseam than the older worn jeans.

Usually, there is not enough stress to grow the inseam, so it rarely changes until washing. The small amount of shrinkage recorded in the inseam pictured is assumed to be from the combination of horizontal stretching, pulling the vertical yards slightly closer together, wrinkles in the fabric and wearing the jeans in the rain. Water will always shrink raw denim. 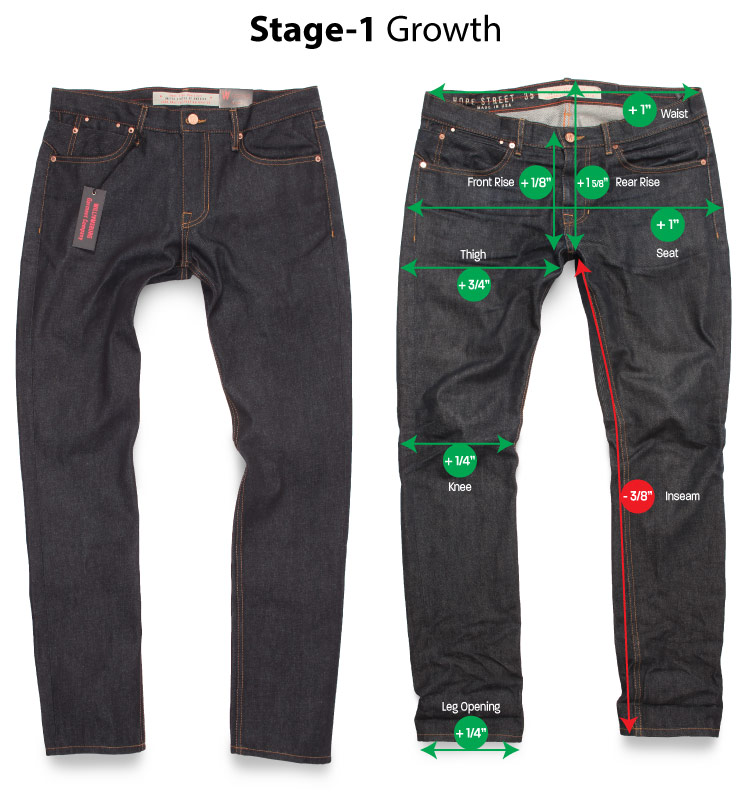 Stage-2 the jeans are measured right out of the wash, before wear

Now we answer the question "how much does raw denim shrink?" If you are new to raw denim, don’t be alarmed to see your jeans may have shrunken a full size smaller after the first wash. This is as small as they will get. However, jeans that have been broken-in several months will quickly stretch and grow after a day or two of wear, but they will never get as  large as they were while raw and stretched-out. 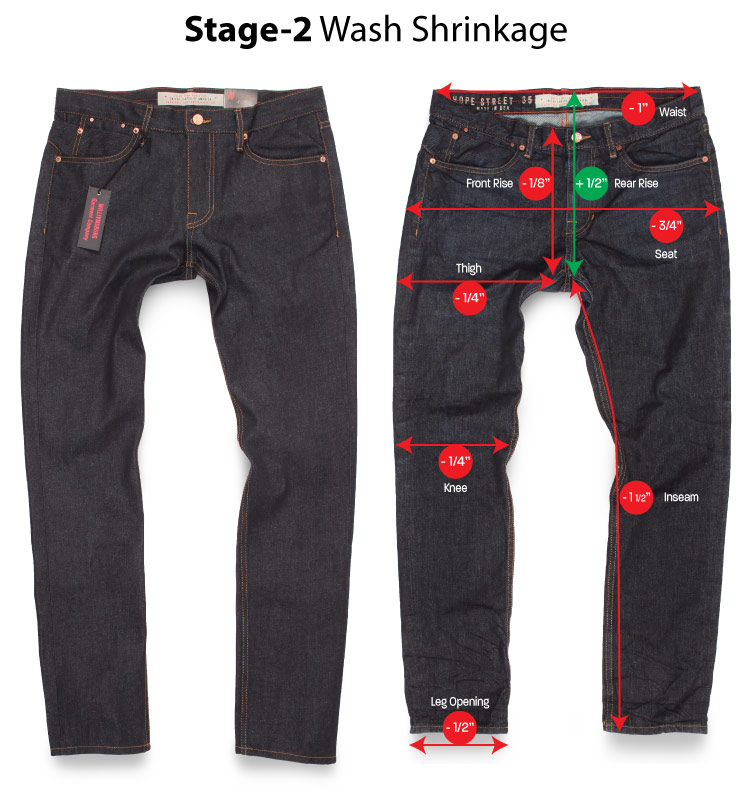 After 2 days of wear, you can see the jeans have grown in all the areas that get pulled and stretched. The hardest working area, the rise, has grown a combined total of 1 1/8” because of leg movement and sitting. The rear side bearing much of the burden has grown a full 1”.  The tight after stretching, shrinking and stretching again has settled back into its original size. The waistband which is stretched every time you sit has gained ½” back but still ½” smaller than when the jeans were new. The inseam, which receives minimal stress has lost about an inch, and it will never grow back. We always recommend to customers who plan to hem, leave room for the inch that will be lost during washing. 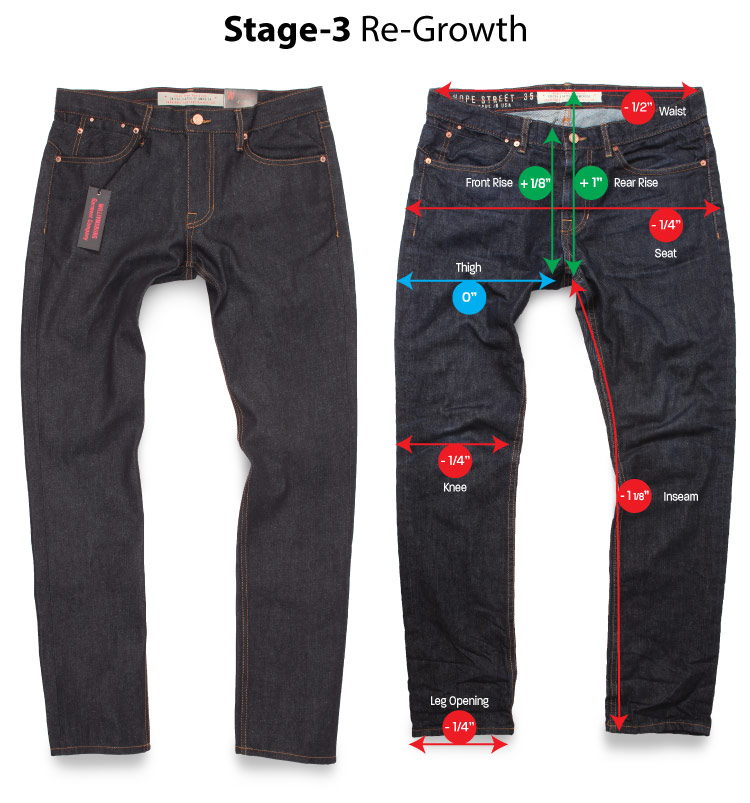