Until the day they are first washed, raw denim jeans will stretch and grow with each day of wear

The noted changes in each stage are based on the measurement differences from the original unworn new jeans. Example, the waist growth from the unworn raw jeans in Stage-1 to the jeans that have been worn but never washed is +1".

Stage 2, after the jeans have been worn for several months without wash, they finally go through the pairs first wash. The jeans are at their smallest point because they have not yet been worn again and seem to have lost at least a size. The waist now measures -1" smaller than the original unworn new jeans at this point. Overall, that's a 2" difference between the waist bands largest recorded size after the jeans were worn several months in the raw state and the first wash. 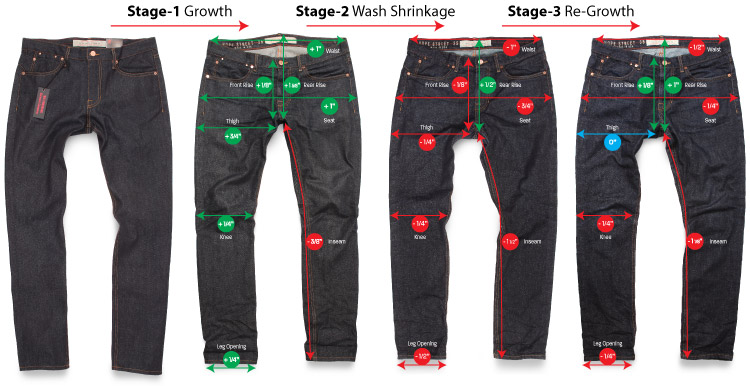