Which jean looks to be the oldest or most frequently worn jean?

Is this a trick question or do the photos state the obvious? 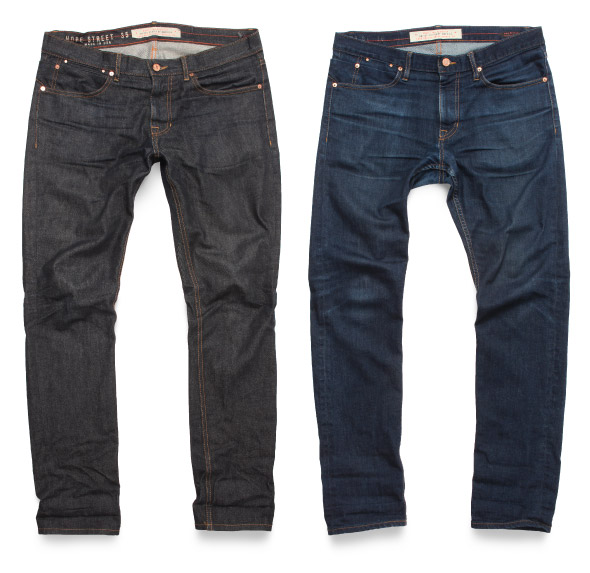 Since I launched Williamsburg Garment Company, I've worn nearly all the men's styles and like most people, do have my favorites, of which, some jeans get worn more frequently than others. Some time ago, because wash factories often lose my oldest, most beat-up favorite jeans when I use them as samples to create new experimental natural looking washes, I promised myself to start recording measurements, fading, shrinkage and the growth of my jeans to share key insights to how each style preforms throughout the years, before they disappear. This is part 1 of what will be at minimum, a 2-part series, where I review the Hope Street standard raw vs. Grand Street stretch selvedge jeans.

I once received an email from the U.K. and the customer asked, “how long should it take for my jeans to fade?” He explained, he wore his jeans very often for several months and they seemed to experience no fading, so he wanted to know if that was normal in our jeans. I replied no, saying the jeans should be showing signs of fading. I asked all the usual questions to make sure he was not doing something wrong and that he did indeed have one of our jeans. Nothing seems wrong and I thought it was one of those random odd email and forgot about it. Then one day after thinking about how dark my Hope Street jeans were, even after more than a year of routinely preforming heavy warehouse work in them, it bought me back to that email.

My standard raw Hope Street jeans still looked as dark as they did when they were new. Except for the stretch marks and crease lines that developed. I recalled that I had other jeans worn for less time that were more faded, which drove me to write this article. 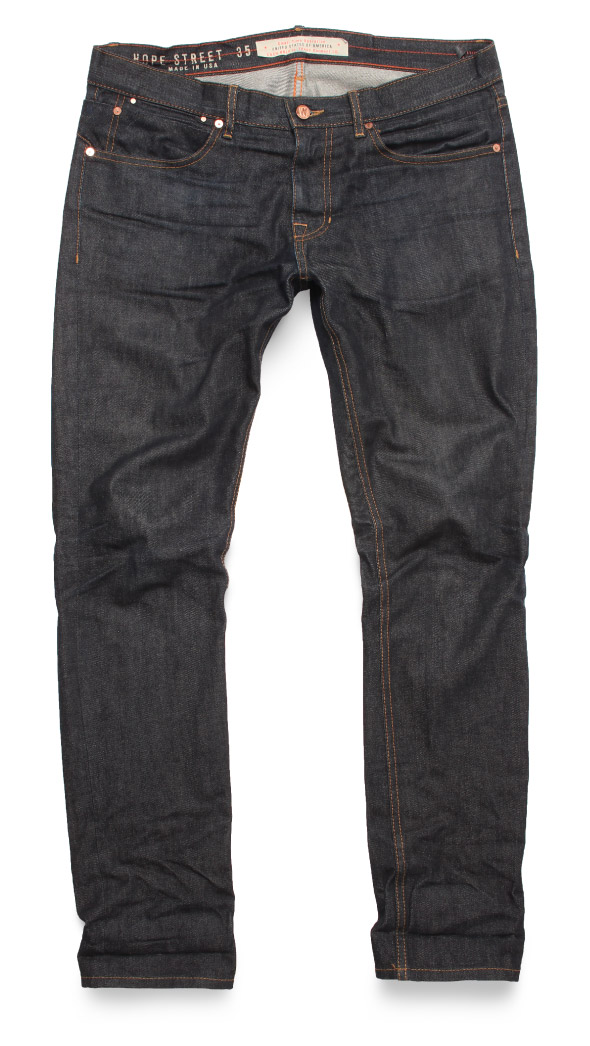 Right away, I compared them to the stretch selvedge Grand Street jeans, which I treated in a similar manner, often wearing because of the high level of comfort. Between the two, there was an obvious extreme difference in the pace of fading. The stretch selvedge jeans are one of my recently developed styles, so they are not very old, yet they look older than the Hope jeans and others in my regular rotation of denim.

The stretch selvedge jeans in this photo have been washed once, while the Hope raw jeans have not. That’s because once a jean starts developing whiskers (the stretch marks at the hips) and showing signs of aging, I get anxious to accelerate the process with washing. That’s just me. However, the selvedge jeans are a lot younger with far less wear than the raw denim jeans. 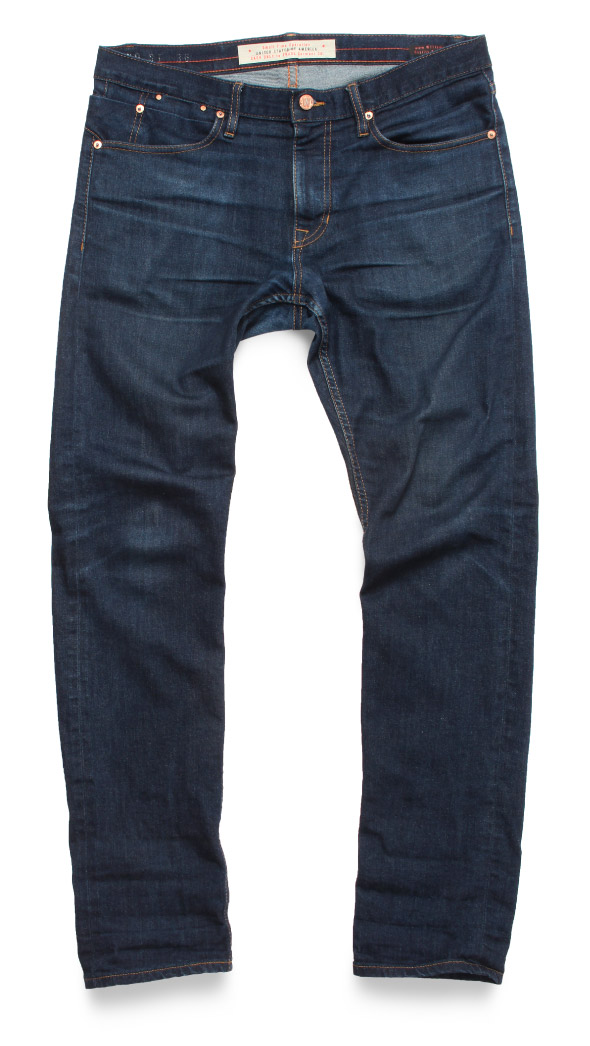