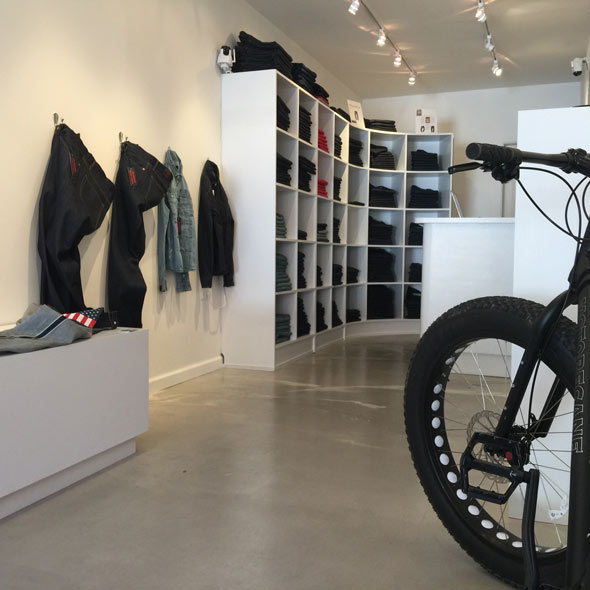 Designer Maurice Malone, one of the founding fathers of 90's hip hop fashion, started the one-man denim brand, Williamsburg Garment Company (WGC) during a slumping economy in late 2012. Not only because he found it difficult to find work, but also to inspire others and prove with today's technology, one person could start and operate a major fashion brand with very little money. Spending about $6000 by the time the first orders shipped, his company is now valued at nearly 4 million dollars.

Malone plans to complete the circle as a 1-man wholesaler, online store and brick & mortar retailer by opening WGC's first denim store Monday, August 8th before hiring the first staff a few weeks later. To employees, Malone can truly say, "I did your job."

"Thinking Different," earned Maurice a most complimentary media nickname, "the Steve Jobs of Denim," from Brooklyn Magazine. Creative thought leader, Fast Company wrote "The Rise, Fall, And Rise Of The Steve Jobs Of Denim" and others followed.

In 2013, inspired by President Obama's call to bring business back to the USA, WGC launched the brands first made in the USAjeans and by 2014 moved all production from China to the USA. Since 2014, WGC has grown to be recognized as a top producer of high quality American made jeans, specializing in raw denim.

Today, when big brands and retailers are closing stores, WGC plans to open them. The key from the brand's birth, "Let's not try to out-big, big brands, small is our advantage," says Malone. "Small enables us to react fast and respond to consumers on a personal level, gaining loyalty when you back it up with great product."

"Opening our first store will mark a new chapter in the growth of the brand,"says Malone. "I'm eager to teach and work with a staff to enhance our foundation."